Pomace Meaning: What Is The Pomace In Olive Pomace Oil?

What is 'pomace' anyways? And what makes it Pomace Olive Oil (or better said, Olive Pomace Oil)? We'll tell you.

Webster's Dictionary has a pretty simple definition of Pomace.

"The dry or pulpy residue of material (such as fruit, seeds, or fish) from which a liquid (such as juice or oil) has been pressed or extracted. 2 : something crushed to a pulpy mass." Source

Yep, that definition is pretty dead on if you ask me!

In the case of olive oil, the pomace is the remaining pulp -- the solids of the olive fruit, skin and pit -- after they've been crushed and spun to get the higher grades of extra virgin and virgin olive oils.

But it doesn't stop with just olives. You can have pomace made up of the remains of grapes after making wine, and lots of other types of pomace.

That's why it's important to call it 'Olive Pomace' Oil vs. Pomace Oil. It answers the question of what kind of Pomace is the oil coming from.

Sometimes people call the oil made from Pomace "Pomace Oil" or "Pomace Olive Oil". It's generally understood what they are talking about, and you'll see people in the oil industry use all different terms.

That said, the USDA technically recognizes only the grade "Olive Pomace Oil" -- with the wording in that particular order.

However, that's not the first time that the titles of USDA defines grades has been played with: Pure or Pure Olive Oil isn't the proper name either. It originates from the USDA recognized grade "Olive Oil" -- Pure is really just a marketing term that has stuck around the industry. 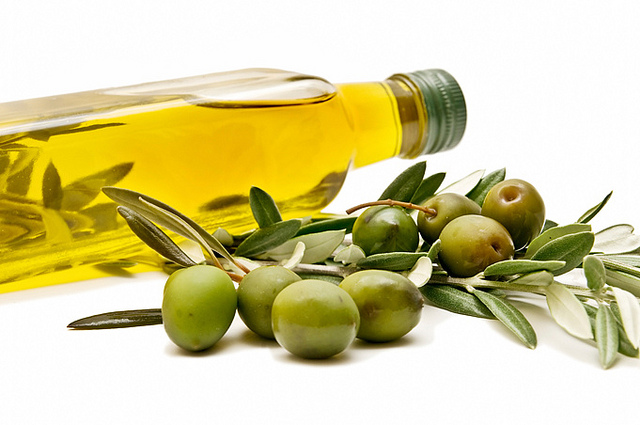 If you want to learn more, you can read these related articles on Olive Pomace Oil, Pomace Olive Oil or Pomace Oil... no matter what you call it!

Why Do Food Manufacturers Use Olive Pomace Oil?

Olive Pomace Oil is oil that is extracted from the pomace of the olive. “Pomace” is pulp made from the...

Do you want to know what Pomace Olive Oil is? Today we'll dig into this topic so you can learn more!

The dictionary has a pretty simple and spot-on...