Canola Oil is commonly used in food manufacturing. But did you know that there are a few different kinds of canola oil available? If you’re overseeing the procurement for your next manufactured food product, you’ll need to compare each type of canola oil to decide which is going to be the right fit.

Canola oil is used in food manufacturing, personal care products and by chefs as a frying oil across the globe. It has a light flavor and color and is extremely versatile, making it ideal for sautéing, frying, cooking and baking.

Canola oil is oil that comes from the seeds of the canola plant. To learn more about this plant’s history and how it is related to the rapeseed plant, please read A Brief History Of The Canola Plant. 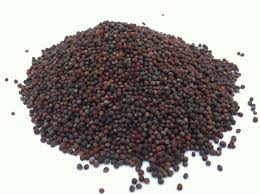 Conventional canola oil is produced using the industry standard method of solvent extraction. A solvent, typically hexane, is added to the canola seeds to remove the oil stored in the seeds. The oil is then refined, bleached and deodorized to give it a light color and flavor.

Let’s dig into this process using bit more detail. Solvent extraction requires that first, the seeds are ground up into a paste. Next, the seed paste is washed with a solvent — usually hexane — to release the fat molecules that are stored inside.

Then the solvent must be removed, leaving a dry seed paste and the separated oil. To remove the solvent from the oil, it is “flashed off” through heat in a sealed chamber. Then the oil/solvent blend is heated to approximately 212˚ F, distilling off the solvent and theoretically leaving virtually no detectable levels in the oil (if the proper techniques have been applied).

However, microscopic portions of up to 25 parts per million (ppm) of hexane can theoretically remain in the meal, which has been a point of high debate in the natural food industry.

Solvent expelling is the most efficient way to remove the oil from the seed, obtaining 95+% of the oil out of the seeds.

This solvent expelled oil dominates the canola market. In fact, around 90+% of the canola oil produced in the world is this conventional canola grade (though these percentages are changing with the growing popularity of healthier non-gmo and expeller pressed oils).

If the description of your oil simply says “canola oil” on the label, with no mention of expeller pressing or non-GMO, it’s almost certain that you are buying this conventional canola oil grade.

Expeller pressing uses a press to physically squeeze the oil out of the seed, rather than use chemicals. With this method, no solvents are used in the process. Therefore, there’s no chance of having any hexane residue left over.

An expeller press is a screw-type machine which presses oil through a caged barrel-like cavity, using friction and continuous pressure. The screw drives forward to literally squeeze the oil from the compressed seeds. There isn’t any added heat in this process, but the pressure and friction involved in the pressing process creates heat from the unit in the range of 140-210˚ F. (So technically, this process is not “cold pressed” as a result. Cold pressing would require a slower screw turn with a much lower oil yield.)

After the oil is removed, the remaining seed solids are left over forming a hardened cake, which is removed and later sold as meal for animal feed. Expeller pressing gets 87-95% of the oil out of the seed (some claim as little as 65%), so there is some oil still left over after pressing. Therefore, this expeller pressed option is not the most efficient (and doesn’t have the highest yield), which usually makes this oil more expensive than the solvent expelled standard.

As healthy consumers become more and more educated, oils have become a very hot-button topic. The conversation around seed oils and how they are made is especially important.

As natural and healthy food brands are expanding their product lines, having an oil that is expeller pressed and has avoided being made with solvents or other chemicals is becoming more and more important.

In addition, Whole Foods has published an “Unacceptable Ingredients List” for any brands that sell products into their stores. In that list, they highlight, “solvent extracted oils, as standalone single-ingredient oils (except grapeseed oil).“ They are actively working to avoid solvent extracted oils and if you have any plans to sell into Whole Foods, we’d recommend playing it safe and going with an expeller pressed oil (and Non-GMO is important too, in this Whole Foods case!).