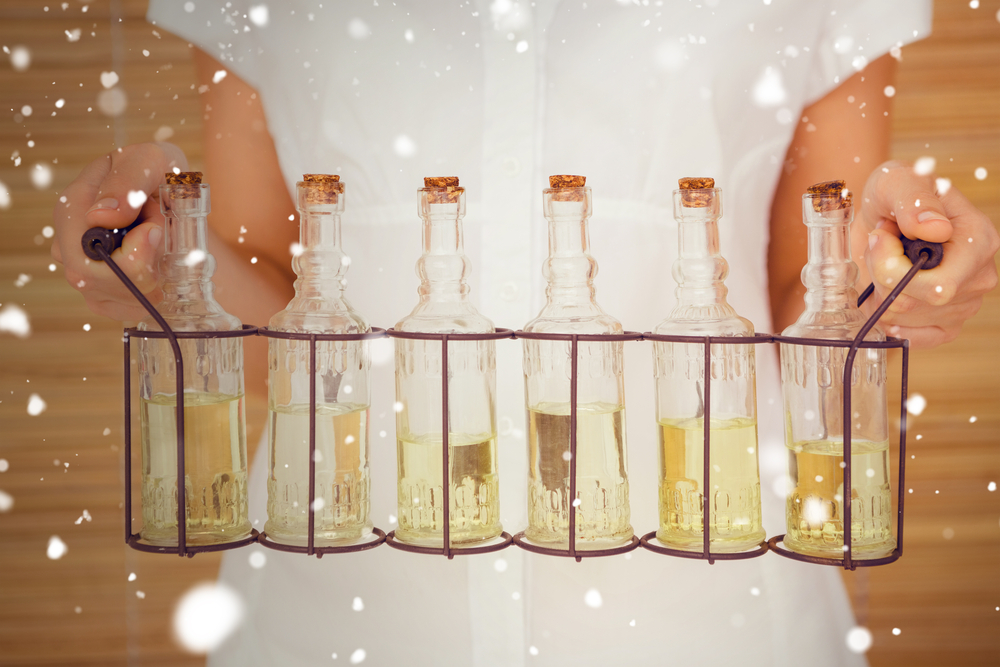 Olive Pomace Oil and Extra Light Olive Oil are two different types of olive oil with a lot of similarities and cross-over.  But how are they different? Today, we’ll tell you exactly how they are both similar and different from each other, along with what they are best used for.

Before we begin comparisons, let’s go through a quick rundown of the olive oil grades and how they are made.

How The Different Olive Oil Grades Are Made

Extra Virgin is the highest grade of olive oil, available in both traditional and organic varieties. First, the olives are harvested and washed with cold water. Then they are ground into a paste and spun in a centrifuge to extract this high-quality oil. Typically, this process occurs within 24 hours of picking the olives from the trees. EVOO is known as the “first, cold-press”, though it’s actually spun instead of pressed in modern systems. It is technically an olive fruit juice, because it’s simply the liquid extracted from the fruit of the olive. To be considered Extra Virgin Olive Oil, the oil must have an acidity level lower than 0.8 and must have zero taste flaws.

Refined Olive Oil is Virgin Olive Oil that has been processed and refined to create a mild, light tasting, and more stable oil.  Refined olive oil (which is the grade name as is defined by the USDA) is known as Light Olive Oil, Extra Lite Olive Oil or Extra Light Tasting Olive Oil on retail shelves.

Olive Pomace Oil is oil that is extracted from the pomace of the olive. “Pomace” is pulp made from the olive pit and already-squeezed olive fruit. When an olive is picked, it is ground into a paste which is squeezed or spun to get the initial oil out. The dry pulp left over is called the pomace.

A solvent (typically hexane) is added to the pomace to extract any remaining oil. The solvent is removed, and the remaining Olive Pomace Oil is refined. This is a similar process used to manufacture conventional seed oils like soybean and canola.

Now that you’ve read the how each grade is made above, you can probably already see the differences between these two types of oils.  Below are more details on how they are different from one another.

Made From Pomace vs. Virgin Olive Oils

As you may have read in the definitions above, Olive Pomace Oil got it’s name from the fact that it is made from the “pomace” of the olive.  The term pomace actually refers to the dry pulp that remains after pressing.  You can have “pomace” from many different things, including grapes (which are the remains after wine production).

Extra Light Olive Oil is made from refining virgin olive oils which have already been produced.  These virgin olive oils are produced using physical methods only — usually spinning in a centrifuge or squeezing in a press.  There’s nothing added in the process and no chemicals are used to draw the oil out.

Olive Pomace Oil, in comparison, uses a solvent, typically hexane, to draw the oil out of the dry pomace.  Pomace is the dry remains of the olives after they have already been squeezed. You can’t squeeze them anymore to get the oil out!  To get the very last of this oil, a solvent is added to the dry olive remains which draws it out.

Did you know? Solvents are commonly used in oil extraction industry-wide.  Conventional sunflower, corn, cottonseed, soybean and canola oil almost alway use solvent extraction — that is, unless they say organic or expeller pressed on the bottle!

After the oils are produced, both Pomace and Extra Light Olive Oils are refined before they are finished.  This refining process can look slightly different for each type of oil or mill.  That said, it typically involves being brought to high heat under a vacuum (to avoid oxidation), and filtered through a light-colored earthen clay which removes color pigments.

For more information on the refining process, we suggest reading this article: What Is The Step By Step Process For Making Olive Pomace Oil? (http://www.centrafoods.com/blog/what-is-the-step-by-step-process-for-making-olive-pomace-oil)

Both Are Good For High Heat Cooking

These oils — once in their final form — have very similar functionality.  Because they are both refined under high heat, they both have a higher heat tolerance than most other types of olive oil and are ideal for heated cooking processes like baking, sautéing, and frying.

Both Have Mild Flavor & Light Color

For people (or food manufacturing brands) looking for 100% olive oil that will function similar to a light-tasting canola oil or soybean oil, both of these grades could be a good fit.

If you go into the grocery store and walk down the olive oil aisle, you're going to find many different names on the bottles.  Names like Pure Olive Oil, Extra Virgin, ...