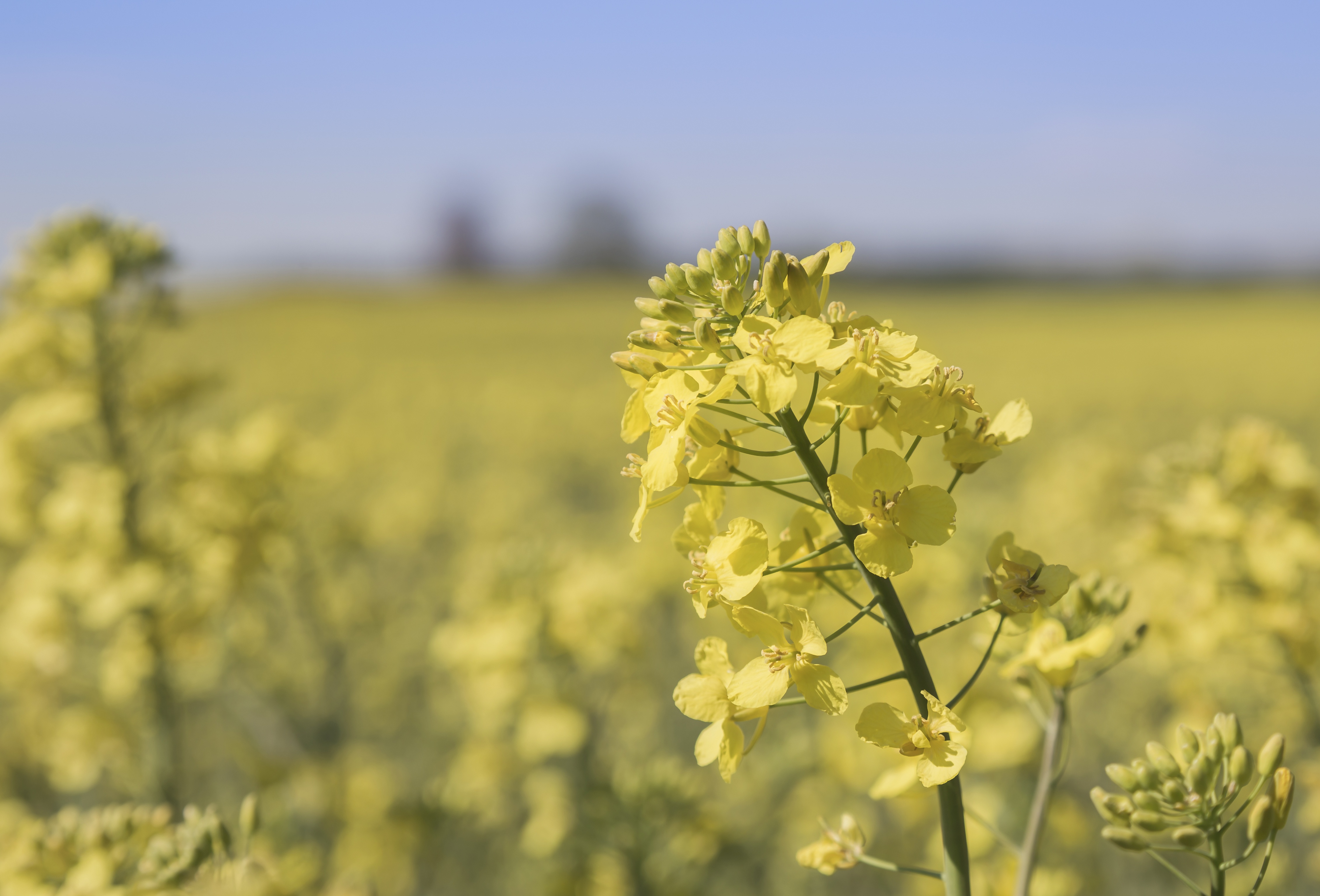 There’s so much misinformation about canola oil out there. Part of the problem is that the issues people find with it are only sometimes true. To understand the full story, you have to know when the claims about canola oil are actually true and when they are false.

Today, I’ll be tackling some myths and truths about organic canola oil in particular, and how they relate to their conventional (GMO) vs. organic counterparts.

MYTH: It’s not possible for canola oil to be organic, because organic foods can’t be grown using genetic modify cation, and it is made from a plant that was genetically modified from a rapeseed plant.

FACT: This is a common misunderstanding, and is not true. Organic Canola Oil is made from canola seeds which were produced using traditional breeding methods, before canola was ever genetically modified.

This history of the canola is important: the above is a common misunderstanding and can be easily understood when you look at the history of canola oil, the timeline of events and what occurred.

The canola plant is a “distant younger cousin” of the rapeseed plant. The rapeseed plant was originally grown to make meal for cows in the latter half of the 20th century. Rapeseed plants naturally had mid-to-high levels of eurcic acid, which is a component of each fat molecule. A ruminant cow can easily ingest this eurcic acid in its 4 stomachs, but the human digestion can’t take much of it.

Don’t think of eurcic acid as a bad thing just because of the word “acid” — all oils come with many different kinds of fatty acids. Oleic acid, for example, is another term for healthy monounsaturated fats that are found in olive oil and avocados.

In the 70’s, scientists and farmers worked to produce a similar plant that had much lower levels of eurcic acid for people to use and eat. This new low-eurcic acid plant, they renamed canola oil (“rapeseed” was an unfortunate name to begin with). The new name came from the acronym CANadian Oil Low Acid (because it was mostly grown in Canada, and this new variety was low in eurcic acid). Hence the name: CAN-O-L-A.

This new canola plant was developed using traditional breeding methods (think Gregor Mendel’s pea plant experiment). Another way to look at it is by looking at other traditional breeding methods, like the way animals and humans pass traits through generations. In this example, if you breed a brown chicken with a white one, you can create a speckled white and brown chick. Then you breed that speckled brown & white chicken, once grown, to a white chicken to a create an even-more-white-speckled chicken. Aka, it’s selective breeding but done naturally. However, it’s important to not that genetic modification wasn’t extensively used yet at this point back in the 70s!

For the next few decades, the use of canola oil and meal grew throughout the US and Canada.

Then, in the 1990s, genetic modification became a very popular new thing. Farmers wanted higher yields and they took these seeds (already canola seeds at this point) and genetically modified them to make them resistant to RoundUp. Soon almost all of the canola in the US was genetically modified; in recent years, over 96% of canola crops were GM — this number is now slowly dropping as non-gmo and organic trends increase.

However, there were still those original seeds floating around, produced through traditional breeding back in the 70s that were never touched by genetic modification.

These seeds became the mainstay used for organic canola oil production today (and for that matter, it’s what’s used for non-gmo canola oil as well). Organic and Non-GMO Canola Oils use the original seeds from the 70s, while conventional canola uses the newer genetically modified versions.

Conventional canola oil is by far the most common type of canola oil. It’s what is used for frying in restaurants, universities and hotels around the country. In fact, in recent years, over 96% of canola crops were genetically modified. That said, this number is now slowly dropping as organic and non-gmo canola oils are in greater and greater demand from consumers and natural food manufacturers.

The reality is that any type of canola seeds (GMO, organic or organic) could technically be solvent expelled and any could be expeller pressed -- the type of seeds used doesn’t have anything to do with how the oil is removed from the seeds.

Organic Canola Oil, on the other hand, is produced using expeller pressing. To be certified organic, the oil can not use a solvent extraction process as that doesn’t meet USDA NOP organic standards.

This means that the canola oil that you are getting doesn’t use a chemical like hexane to extract the oil, and rather, it is physically squeezed out (also known as expeller pressed).

MYTH: All canola is bad.

FACT: Organic canola is very different than conventional GMO canola oil, and are much healthier since they are naturally organic and expeller pressed instead of being solvent expelled.

Recently I have read a myriad of misinformation on organic canola oil on the internet. There’s also a myriad of truthful information out there, but sometimes it’s hard...

Canola and sunflower oil are both commonly used oils in the natural food industry. They are light in color and flavor, and you'll find them used in products like baked...