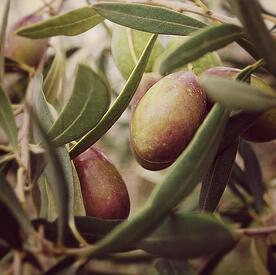 In Pomace Olive Oil a solvent (typically hexane) is added to extract any remaining oil. The solvent is removed, and the remaining Pomace Oil is refined using a hot water treatment. This is a process similar to the way that any seed-oil is produced; conventional Canola Oil, Soybean Oil (known as vegetable oil on retail shelves) and other seed oils are extracted in just the same way. The result is an oil that is light and mild in taste.

The result is Olive Pomace Oil, the lowest grade of oil made from an olive. It is commonly used by food, body care and soap manufacturers as an ingredient. It is also used by food service companies, and functions as a lower cost oil that is still made solely from the olive plant.

One debate for food manufactures is whether or not they should use pomace olive oil. This oil is a great fit for some, but it's not for everyone.

Looking at a different...