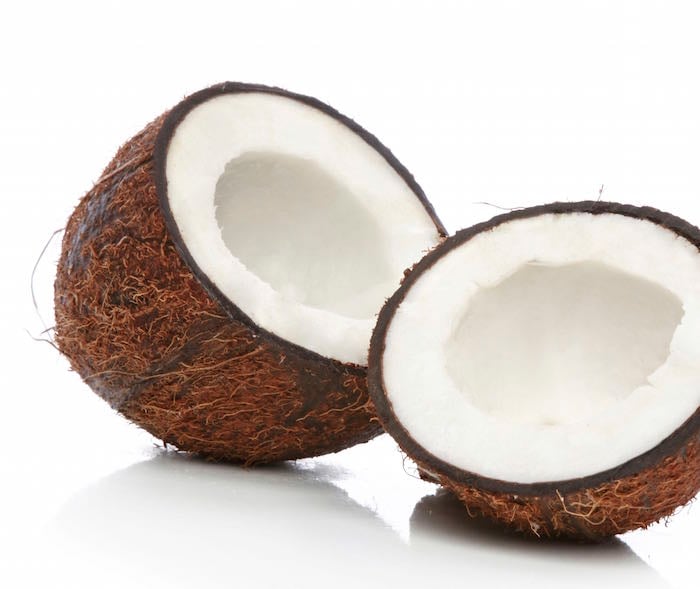 The American Heart Association recently released a report advising against the use of coconut oil.

In recent years, you've probably seen a rise in the popularity of coconut oil. It's been increasingly espoused as the "miracle oil" and used in more and more natural products (e.g., these chips cooked in coconut oil).

But there's still been a heated debate around the true health of coconut oil, with those in each pro and con camp fighting fervently for their sides.

To finally shut down this debate, the American Heart Association reviewed studies and research making an official recommendation on June 15th, 2017.

In their Presidential Advisory, they state the following:

"Cardiovascular disease (CVD) is the leading global cause of death, accounting for 17.3 million deaths per year. Preventive treatment that reduces CVD by even a small percentage can substantially reduce, nationally and globally, the number of people who develop CVD and the costs of caring for them.

This American Heart Association presidential advisory on dietary fats and CVD reviews and discusses the scientific evidence, including the most recent studies, on the effects of dietary saturated fat intake and its replacement by other types of fats and carbohydrates on CVD.

In summary, randomized controlled trials that lowered intake of dietary saturated fat and replaced it with polyunsaturated vegetable oil reduced CVD by ≈30%, similar to the reduction achieved by statin treatment.

Taking into consideration the totality of the scientific evidence, satisfying rigorous criteria for causality, we conclude strongly that lowering intake of saturated fat and replacing it with unsaturated fats, especially polyunsaturated fats, will lower the incidence of CVD.

This recommended shift from saturated to unsaturated fats should occur simultaneously in an overall healthful dietary pattern such as DASH (Dietary Approaches to Stop Hypertension) or the Mediterranean diet as emphasized by the 2013 American Heart Association/American College of Cardiology lifestyle guidelines and the 2015 to 2020 Dietary Guidelines for Americans." Source

The Dietary Fats and Cardiovascular Disease advisory reviewed existing data on saturated fat, showing coconut oil increased LDL ("bad") cholesterol in seven out of seven controlled trials. Researchers didn't see a difference between coconut oil and other oils high in saturated fat, like butter, beef fat and palm oil. In fact, 82% of the fat in coconut oil is saturated, according to the data — far beyond butter (63%), beef fat (50%) and pork lard (39%). Source

Coconut Oil Is Not Giving Up Yet 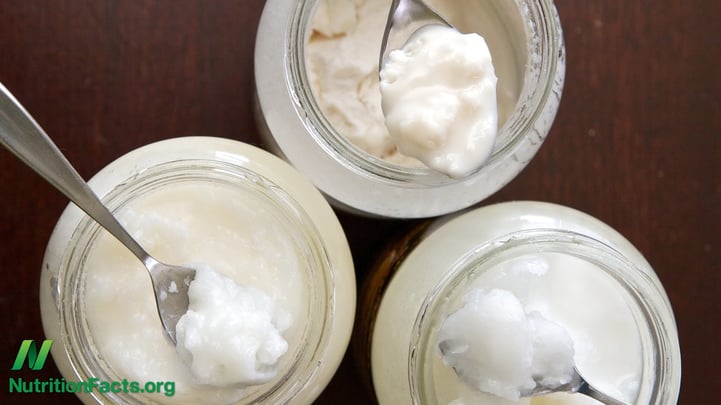 Inside the natural food industry, we have yet to see a drastic shift away from coconut oil. In fact, most consumers in the natural world disagree with the FDAs statement, and stand by it as a healthy oil.

If you're interested in reading more of these pros and cons of coconut oil, read The Pros and Cons of Today’s Hotly Debated Coconut Oil.

As you’re learning about each of the grades of olive oil, it’s helpful to keep a “quality scale” in mind. We’ve received questions like, “how much will buying Virgin...

Unrefined Coconut Oil is one of the top selling oils in manufacturing and on retail shelves today. It’s been a rising star only over the last couple of years, but it’s...