Olive oil prices have steadily increased in Spain over the last 4 months. Initially, the slight increases were regarded as normal; prices often go up just before the harvest season as world supply is at it’s lowest. However, prices continued to rise when a 50% drop in production was confirmed for the next harvest season due to drought in Spain.

Production in Tunisia, Greece and Italy is all expected to increase this next season. However, prices are still predicted to be higher than last year because Spain is the overall price driver for the market.  Curious about why that is? Read this article, Why Spain’s Olive Production Affects Olive Oil Prices Worldwide.

The International Olive Council recently released their fall newsletter with estimated global olive oil production levels for this next 2014/15 harvest. It is predicted that about 2,560,000 tons of olive oil will be produced globally. This is compared to 3,164,000 tons last year. Overall, this year’s harvest reflects a 19% drop in production, as compared to last. In comparison to the year before that (2012/13), this harvest will be 6% higher.

In Spain, a 50% drop in production is expected this harvest. This is important because of Spain’s leading role in the market. As the leader in global olive oil production (they usually produce 50-55% of the worlds olive oil), they are the market price driver and their rates will “set the tone” for the other Mediterranean commodity prices. Spain’s drop in production is the main cause of the expected 19% decrease in olive oil throughout the world.

Articles from a variety of sources have confirmed these rising prices:

Production in Other Mediterranean Countries

On the other hand, other Mediterranean countries expect a banner harvest season this year. Tunisia forecasts a great harvest, with over 260,000 tons. All of the other IOC member countries, including Italy and Greece, all expect increases in production. The numbers have officially been released, confirming that last year, Spain produced 57% of the worlds olive oil last. This was a strong year for olive oil production around the world, resulting in a total of 3,164,000 tons produced globally. This figure was up 32% after the prior harvest year (2012/13).

Think of this next year as a mirror image to last years harvest:

What Are You Going To Do With This Information?

These commodity market updates are important because they help you plan your next purchasing moves and think ahead about your buying strategy.

This year, be aware that your olive oil prices will likely be going up. Centra Foods is very strategic about where we source our olive oil from, depending on the harvest outputs. We buy from a variety of countries of origin to help stabilize your pricing as much as possible. That said, all suppliers prices are based on the commodity market and will always fluctuate.

Also, be aware that when production is predicted to be lower, prices usually remain up for a full year (until the next August/September approaching harvest season). Why? Because if the world has less olive oil in it, prices will be pushed up as inventory is used up over the spring and summer.

Our Advice To Manufacturers

In times of commodity market increases like this, here is our advice for food and body care manufacturers:

1. Be open to alternative countries of origin, especially now

The Spanish EVOO which was always the cheapest option in the past may be the most expensive choice now. If you want to save money, don’t restrict your country of origin options just because it’s what you’ve always used.

Centra Foods often sources from countries far away from Spain in times like these-- those in the southern hemisphere especially. Why? Because they’re not as tied to the Spanish commodity market. Be open to all options, and focus on factors like quality, taste and price to help you make your final decision. You can expect to see both Chilean and Mexican Extra Virgin Olive Oil inventory over the next year if you are a Centra Foods’ customer.

2. Look for new ways to save money on logistical factors 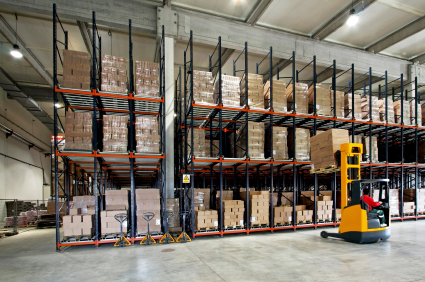 If the price of olive oil is going up, it’s especially important to focus on the different, alternative ways that you can save. There’s lots of ways you can bring your pricing down, related to factors like packaging, order size, delivery cycles and supplier buying power/locations. Focus on those factors to determine how you can save more money and help balance out the commodity market increase.

Download the Ultimate Guide to Buying Olive Oil For Manufacturers to help you start the process of weighing the pros and cons, and visit the saving money section of our blog.

3. Don’t panic. The market ebbs and flows, and it will go back down again

Whether you decide to ride the commodity market or lock down prices, don’t panic. Often times, whether you ride the market or lock into new contracts right now, ends up being the same in the end. In fact, sometimes the worst time to lock in a contract is when the market is at it’s peak.

Looking for advice on whether to lock into prices now, lock into prices later or just ride the market? The advice depends on who you are, the volume that you use, and how you’re using the oils. We suggest requesting a consult to get specific advice for your company.

Look to your supplier for industry advice, and build a relationship on trust and candid answers. Keep up to date on the olive oil industry by subscribing both our blog and the Olive Oil Times, an industry newsletter.

With the new olive oil harvest approaching this winter, prices may go down but don’t expect too much of a decrease. In fact, with current global olive oil levels...