The Meaning Of Expeller Pressed vs Cold Pressed

It can be hard to know exactly what you may be getting when it comes to oil. Oils are produced in multiple ways. Some are expelled using solvents like hexane, while others are expeller-pressed with a mechanical press that squeezes the oil out.

How the oil is produced isn't always clearly marked either. Sometimes it is described in the title, in full works or abbreviated form, or sometimes you might find that it is only described on the spec sheet. Worse still, some industrial suppliers make no mention of how the oil is made on any documents. It will be in your hands to make sure you ask all the right questions and receive the proper documentation.

Here at Centra Foods, we make it a point to be as clear and explicit as possible. That is why today I will explain what solvent expelling, expeller pressing and cold pressing methods all look like in detail.

While explaining these processes I'll be referring to canola oil specifically because it's one of the oils commonly expelled in all of these different ways we will discuss. These processes are going to look reasonably similar across many different types of seed oils (and even some other oils like olive oil). There will be some variance by mill but this is a good baseline description to start with.

Before the oil can be taken out of the seed, the seeds are first ground up into a paste. Next, those ground-up seeds are washed or purged with a solvent such as hexane to release the fat in the seed. The solvent may also be known as petroleum distillate.

The removal of that solvent from the oil is done by flashing using high heat in a sealed chamber. The oil/solvent blend is heated to approximately 212° Fk, distilling off the solvent and theoretically leaving virtually no detectable levels in the oil — if the proper techniques have been applied. However microscopic portions of up to 25 parts per million of hexane can theoretically remain in the meal, which has been a point of high debate in the natural food industry.

Finally, that oil is then subjected to the final refining process also known as RBD or Refined Bleached and Deodorized in the industry. This is what makes canola oil have such a light color and flavor. It is also a similar process that occurs with soybean, sunflower, safflower, and refined olive oil. Some oil is also de-gummed and/or winterized as well. 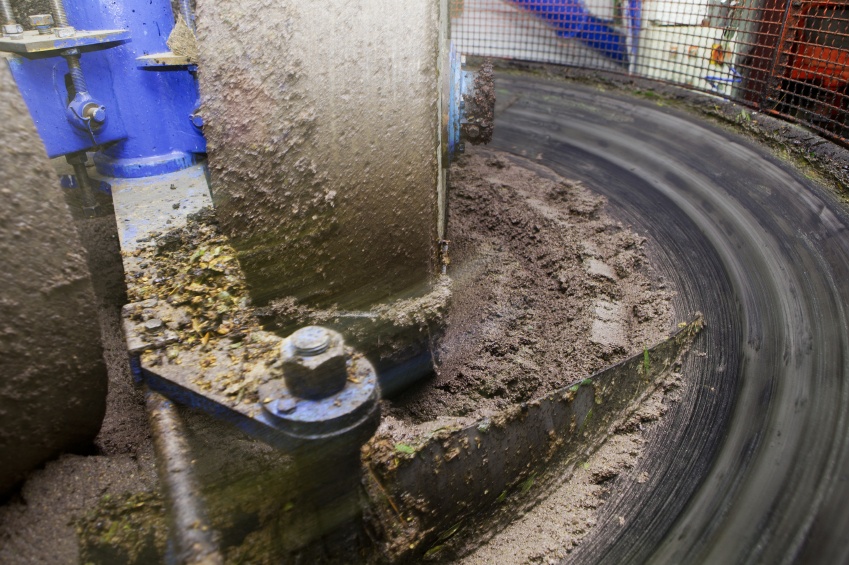 Expeller pressing uses a press to squeeze the oil out of the seed rather than using chemicals. With this method, no solvents are used in the process and therefore don't have the chance of having any hexane residue left over.

A press for expelling is a screw-type machine that presses oil through a caged barrel-like cavity using friction and continuous pressure. The screw drives forward to literally squeeze the oil from the compressed seeds. There isn't any added heat in this process, but the pressure and friction involved in the pressing process can create heat from the unit in the range of 140-210' F. So technically this process is not cold-pressed because the oil may not stay cool, even if no heat is added.

After the oil is removed, the remaining seed solids are leftover forming a hardened cake which is removed and later sold as meal for animal feed. Expeller pressing gets 87-95% of the oil out of the seed so there is some oil still left over after pressing. Therefore, this option is not the cheapest which can make this oil more expensive than the solvent expelled standard.

Expeller pressed oil is typically refined using the same process as described above. This refining process involves additional heat from steam (again, exempting it from the “cold pressed” claim) and the use of a natural earthen bleaching clay.

Cold pressed seed oils must be produced below 122° F and should only apply to fully unrefined oils that are not heated later during the refining process.

The term cold-pressed has sometimes been improperly used to describe expeller pressed oils, but these are really two different things. Cold pressing typically involves one of the following methods:

The ancient method of stone grinding or milling, as in the crushing of olive oils.

The cold-pressing process typically removes the least amount from the oil from the seed, making it the least efficient and the most expensive process available.

Which Are The Most Common Oils

In today's market solvent expelled canola oils are the most common by far. For any oils that don't explicitly say "expeller pressed" or “cold pressed" on the bottle or ingredient label, you can assume that these are solvent expelled.

Expeller pressed oil is the next most commonly found, though the market percentage in relation to solvent expelled oils is minuscule. It is most often seen with the non-GMO variety of seeds with sunflower, safflower, canola, and soybean oil. It is also available with conventional oils too. For example, you can find traditional GMO canola that is still expeller pressed.

Cold-pressed oils are mostly seen in the retail market and are often only sold as non-GMO or organic varieties. These volumes are much smaller.

It’s hard to know exactly what you’re getting when it comes to oil. Oils are produced in lots of different ways — some are expelled using solvents like hexane, some are...

It can be extremely hard to know exactly what you're getting when it comes to oil. Oils are produced in many different ways: some might be extracted using solvents...