Who In The World Consumes The Most Olive Oil? Hint: It's not the US. 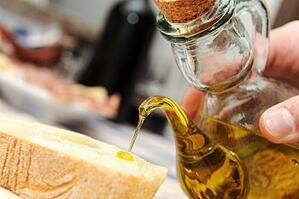 What nationality of people do you think eat (and drink, yes, did you know people do that?) the most olive oil?

A few years ago, I personally would have guessed the Italians.  Makes sense, right?  A lot of olive oil comes from there, it's the epitome of the Mediterranean lifestyle.

Before we go any further, place your wagers now!

The Greeks Consume The Most Olive Oil In The World

When you do a side-by-side comparison of each nationality, it's actually those who are from Greece who consume the most olive oil year after year.  Though the actual numbers of how much they eat varies (depending on who you ask and the year), all sources agree that the Greeks devour a minimum of 20 liters per year.

That's more than a 5 gallon bucket, all to themselves.

After that, It's The Primary Mediterranean Countries

The next biggest consumers of olive oil are, in decreasing order:

How Does The US Consumption of Olive Oil Compare?

Americans, in comparison, don't indulge in too much olive oil.  On average, we consume only 1.1 liters of olive oil every year1.  That's pretty low, in comparison to some of the other Mediterranean countries.

Findings from the North American Olive Oil Association show that olive oil is in 50% of the homes in the US; this is up from 30% about 5 years ago2.  Therefore, in actuality, the people that actually eat olive oil regularly are probably getting about 2 liters per year.

Interestingly though, because the US is so large, our consumuption of olive oil based on total world volumes is actually pretty high.  Of all of the oil that is produced and available in the world, the US devours about 9% of it each year.  Even with Greece's high consumption rate, because their country is so small, they consume only 7%.

See the graph1 below, comparing how much the average person in each country polishes off each year. 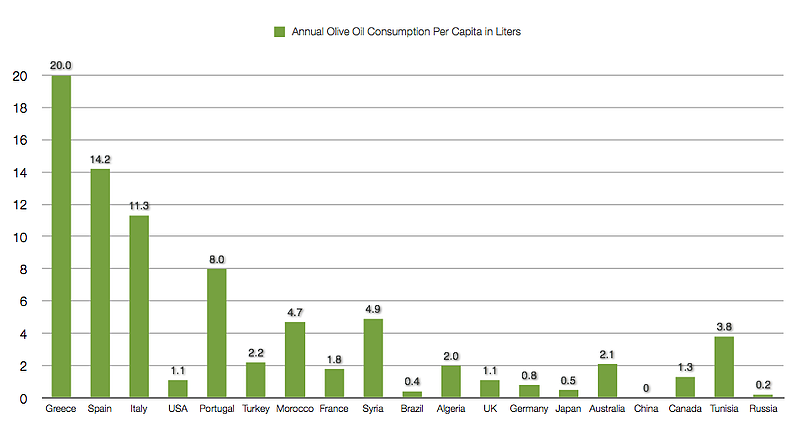 There is a common perception related to Olive Oils that are imported from Italy; people assume that they're higher quality than those from their Mediterranean...

If you're selling organic products, it's important to undersand why your customers want to buy organic in the first place.  This information will help you market and...