4 Bulk Oils That Are Unpretentiously Non-GMO (And 3 That Aren't!) 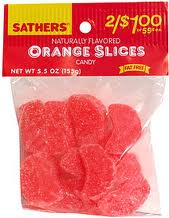 This fat free tagline was a big hit in the 90s, when the US went through its "avoid-fat-at-all-costs" stage.  It probably even helped increase their sales.

So what does this have to do with non-GMO?  Well the non-GMO industry is experiencing a similar labeling situation right now, particularly within the bulk oil industry.

With more and more consumers avoiding GMOs every day, they're on the look out for anything labeled as "GMO Free!" or "Non-GMO!" (rah, rah!!).  As a buyer of bulk ingredients for their food products, you probably are too.

As you're choosing your bulk oil ingredients, it's important to know which have always been non-GMO naturally, and what oils are moving away from the industry standard, back towards being non-GMO (like a special feature).

For example, Non-GMO Canola Oil is what I like to call "loud and proud".  This canola oil is so non-GMO, it has to use the term in it's own name.  Why is that?  Because it differs from what's known as regular Canola Oil, which (by industry standard for many years now) is grown using GMOs.  Non-GMO Canola Oil needs to differentiate itself from it's predecessor.

On the other hand, let's look at High Oleic Safflower Oil.  Is it non-GMO?  Yes, but you don't typically see that title being used in the name.  That's because the industry standard for Safflower Oil is that it already will be GMO free.  Quiet, understated, yet still non-GMO.  I like it!

The Oil Industry Standards for GMO vs. Non-GMO

That way, you'll know when to look specifically for a non-GMO oil, or when you should be safe using any type of an oil, across the board.  See the chart below for a full comparison.

Keep in mind, when we say that the industry standard is one thing or the other, this doesn’t mean that the opposite version of that oil can't or won't exist-- the type listed below is just the most prevalent.  Also, any organic variety of any type of oil will also automatically be non-GMO too.

With the non-GMO trend in full swing, it’s important to understand which oils are naturally non-GMO and which ones you’ll need to specifically search out (and make sure...