When you consider these oils from a home-use perspective, any differences might seem minor or unimportant. In this small-scale situation, the primary thing on the line is your health and you'll choose the oil that best fits your needs and your beliefs.

When you look at these oils from the perspective of an industrial food manufacturer, however, there's a lot more riding on this "simple decision". Understanding the objective differences will help you make the right educated choice -- whether it's for your family or for your company.

The differences are wide and varying. Here's the key contrast points you should be aware of (there's a lot!):

Even if you're not a food manufacturer, these points can still help you compare the differences and make an educated choice for your home kitchen. 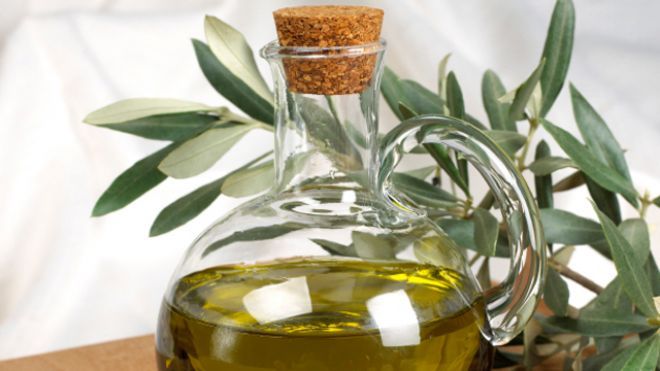 The taste profile is important for your product. Canola oil is a very mild oil -- the taste is almost imperceptible and won't add anything to the flavor of your products.

Extra Virgin Olive Oil, on the other hand, will lend a lot more flavor and will add to the final taste profile of your food. The refined olive oils (like Refined Olive Oil, Pure Olive Oil and Olive Pomace Oil) will all have less flavor than Extra Virgin.

As a result of the taste profile, the aroma will also match. Extra Virgin Olive Oil will have more of a fresh olive smell that matches that particular oil's taste profile. Any of the refined olive oils (refined, pure, pomace) or canola oil will have less of a scent associated with it.

The smoke points of oils are important: they indicate at what temperature a particular type of oil will begin to smoke at, and they are key for allowing manufacturers to choose the right oils for their existing production process.

Depending on who you ask, you may get different smoke point temperatures from different suppliers, even when they're supplying the same type of oil. Every manufacturer has slightly different chemical make-up of their oils because of their processing methods or ongoing lot variation (it is, after all, a natural product so expect variation in real life).

Below is an abbreviated chart from the Institute of Shortening and Edible Oils (for Canola Oils) along with industry estimates of olive oils. 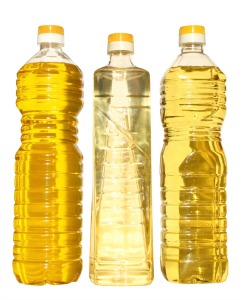 The color of canola oil is a very light yellow, almost clear. As a refined oil, the color will stay quite consistent from batch to batch.

Extra Virgin Olive Oil comes in a wide variety of colors, from light yellow to dark green. Opposite to what many people believe, the color of olive oil doesn’t indicate its quality. It all depends on when it is harvested, how ripe the olives are (aka, the pigment in the olive skin) and they type of olives that are used. This color can vary from batch to batch and from year to year, even when coming from the same trees.

When it comes to real unique health benefits, nothing can beat Extra Virgin Olive Oil (even in comparison to the other grades of olive oil)

Extra Virgin has far more of the good stuff than the lower grades.  Refined grades like Pure Olive Oil, Refined (Light) Olive Oil and Olive Pomace Oil are going to have less (or debatably, none) of the healthy-for-you components.

Here's the good stuff that you can expect to find in Extra Virgin Olive Oil.

Polyphenols: Polyphenols are a key component to EVOO, and are considered to be one of the best health benefits.  Polyphenols furnish the immune system, protect us from heart diseases and display anticancer activity as they act as free radicals traps. They protect olive oil from oxidative damage and they contribute to its superior oxidative stability among other edible oils. They also affect its taste, giving it a distinct bitter flavor.

Vitamin E: Vitamin E is a good example of one of these antioxidants.  Vitamin E is a significant component of olive oil, and is thought to decrease the risk of many cancers.

Oleocanthal: This is one of the important polyphenols that produces a stinging feeling in the back of your throat in especially peppery or bitter olive oils.  Though that taste is a learned one for some, the health properties of this component are known to be some of the best parts of the oil for you.  This component mimics the effects of ibuprofen, by reducing inflammation in your both.  This has a particular effect on long term inflammatory illnesses, including certain cancers and is considered beneficial in the prevention of Alzheimers.

Sterols: The sterols in Extra Virgin Olive Oil are known to decrease the blood cholesterol levels and help inhibit cholesterol absorption in the small intestine. Sterols have also been shown to act as an anti-inflammatory, anti-bacterial, anti-fungal, anti-ulcerative, anti-oxidant and anti-tumor component.

Squalene: Squalene is a component believed to prevent certain types of cancer and is beneficial for patients with heart disease and diabetes.

In terms of consumer perception, olive oil usually wins, hands down. In this consumer survey, olive oil won with 62% of the population. Because of the health benefits above of Extra Virgin Olive Oil, it's hard to debate.

Olive oil is quite unlike it's other contender, coconut oil. Coconut oil typically has people fighting for the two extremes: people either believe that it's the absolute healthiest oil or the least healthy.

As a cheaper oil, canola oil usually comes in somewhere towards the bottom, especially with the whole foods crowd.

As for the price comparison of canola oil and olive oil, it's no question -- canola oil will be cheaper than olive oil every time.

Part of this has to do with the premium nature of olive oil -- it's less industrialized and there's a wide variety of grades that offer a range of quality. Across the board, this oil costs more because there's less supply and because it has unique features that make it a more premium option.

Most canola oils (even the premium and non-GMO versions) still come in under the cost of even the lowest grade of olive oil. If you're looking for a comparison, this scale helps visualize the difference in grades, quality and the corresponding prices. 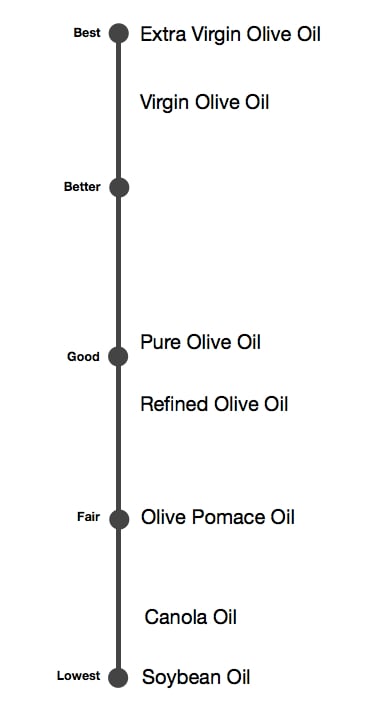 What’s the difference between organic olive oil and regular, plain old olive oil? A lot more than you may think!

The key here is knowing your descriptive terms on the...

Olive Pomace Oil and Extra Light Olive Oil are two different types of olive oil with a lot of similarities and cross-over.  But how are they different? Today, we’ll tell...