The Top 8 Reasons Your Customers Are Going Organic 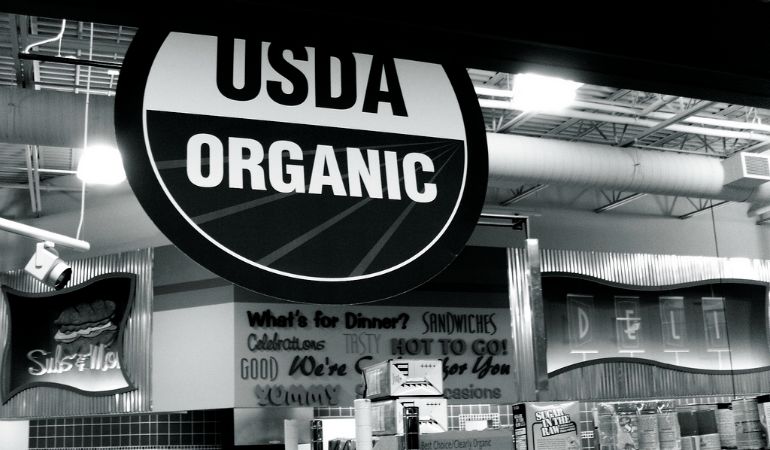 The organic industry is steadily growing, and organic foods are holding more and more appeal to consumers that are already buying natural, non-gmo or whole foods.

There’s many different reasons that consumers choose to buy organic, and they have a wide range from personal health matters to much larger scale reasons like ecosystem or water preservation.

If you’re selling organic products (or thinking about developing a new organic or clean product line) it’s important to understand all of the different possible reasons that consumers would choose organic foods over other options that are both cheaper and more readily available.

This market research will help you connect with your consumer and ultimately be more successful at selling your brand.

Without further ado, here’s the top 8 reasons that consumers choose to go organic.

Consumers are increasingly avoiding GMOs, and the popularity of non-gmo foods has skyrocketed. One of the simplest ways that consumers have found to avoid GMOs and simplify their research process is to buy organic foods.

Based on USDA regulations, organic foods can not contain genetically modified ingredients. That means that if you choose organic foods, you’ll automatically be avoiding GMOs.

To Avoid Hormones and Antibiotics

Many consumers choose to buy organic dairy and meat products in particular. This is because more than 90% of the pesticides American’s consume actually come from meat and dairy products. Wondering why this number is so high?

The EPA reports that a majority of pesticide intake comes from meat, poultry, fish, eggs, and dairy products because these foods are all high on the food chain. For instance, a large fish that eats a smaller fish that eats even smaller fish accumulates all of the toxins of the chain. So these animals higher up on the food chain have a higher accumulation of toxins and pesticides from all of the other animal by-products and non-organic foods they’ve eaten along the way. Source

Why don’t people want to consume this high level of hormones and antibiotics? The major concerns are the increasing early onset of puberty, growth of tumors, heightened cancer risks, and genetic problems.

To Benefit From More Nutrients

Organically grown foods have been documented to contain more healthy nutrients than their conventional counterparts. This is primarily because the soil is managed and nourished in a different way that allows the food to develop more nutrients during the growing process.

This fact has been debated, but The Journal of Alternative and Complementary Medicine conducted a review of 41 published studies comparing the nutritional value of organically grown and conventionally grown fruits, vegetables, and grains. In this review, they concluded that there are significantly more of several nutrients in organic foods crops.

On average, it’s been found that organically grown foods provide:

than their conventional food counterparts.

Many consumers choose to eat organically because they believe that it helps sustain a better earth. Choosing organic foods allows less pesticides and chemicals to be put into the ground, and helps to preserve our soil. It also allows animals like wildlife, insects, fronts, birds, and soil organisms to play a healthy, normal role in the growth of food.

This “back to nature” view holds the old, small-scale farming practices of our ancestors in revere, and maintains that this system is a long-term, sustainable plan for our future.

To Reduce Pollution and Protect Water and Soil

The purpose of using pesticides, chemicals and fertilizers in conventional food growth has to increase crop yields and reduce pests that kill the plants. But even if they’ve succeeded in their original purpose (which Cornell entomologist David Pimentel highly debates), what percentage of the chemicals are “left over” once crops are harvested? And where do those chemicals go?

Eventually, pesticides and fertilizers work their way into our soil, our water systems and our environment. They can stick around for a long time, because there’s no systematic way of “removing” them.

Choosing organic foods reduces the use of chemicals, pesticides and fertilizers, and allows there to be no “left overs” that will continue to affect the ecosystem.

The Irish potato famine is a great example of the need for genetic biodiversity. In Ireland, they had just a few kinds of potatoes and when a blight traveled through the land, almost all available food was destroyed and millions of people died of starvation.

When the diversity of crops is lowered, it puts all humans at risk for a lack of food if a blight or pests kill the crops. That diversity is something that keeps our land healthy and keeps us safe if something unexpected comes through and kills particular types of foods.

It has been estimated that 75% of our crop’s genetic diversity has been lost in the last century. Many conventional farms today consist of just one type of crop. Smaller organic farms, however, often promote biodiversity and include a number of different types of food.

Many organic consumers feel that supporting this agricultural diversity is a good way for them to support our race’s long term survival.

To Keep Their Children and Future Safe

Choosing organic can be a way for consumers to invest in their children, their future and the future of our earth.

When you take all of the reasons above into account, you can see that the desire to support organic foods can feel overwhelming and utterly important to many consumers.

Choosing organic foods is a way of “voting”. Every time they go to the grocery store, they are choosing to support their beliefs and a future that they want to invest in.

Are you doing everything that you can to support and understand your organic consumer target market? What else could you be doing to delight them and support their (and your) ideals?

The USDA Organic Seal is the quality assurance program that is run by the United States Department of Agriculture as a part of the national organic program (also...

The organic industry is continuing to grow, and organic foods are holding more and more appeal to consumers that are already buying natural or non-GMO.