Sunflower oil and canola oil are both commonly used oils in the natural food industry. They’re both light in color and flavor, and you’ll find them used in baked goods, snacks, granolas, bars and used for frying.

However, as similar as they are, they also have their differences. Today, I’ll give you the rundown of what is the same and what’s different when it comes to these two oils.

These oils are both reasonably similar and have a lot of features in common. 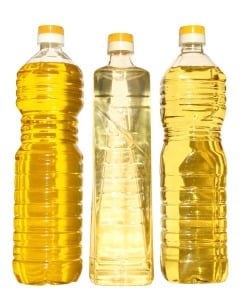 Because of the refining process that they go through, both oils have a delicate or mild flavor, and a light (almost clear) soft yellow color.

This means that both options won’t leave a heavy taste or add a lot to the flavor of yourproducts. In other words, these oils can be used for their functionality without affecting the flavor that already exists in your food.

Both Oils Are Refined

Sunflower and canola oil are both refined oils, which gives them the consistent, light color and flavor explained above. Many natural oils undergo this refining process which makes the oil light in color and flavor and consistent over time.

The refining process is usually a high heat process, which uses a steam injection. It also typically uses an earthen bleaching clay to pull any pigment out of the oil. Lastly, the process will often involve filtering (or sometimes double-filtering) the final product.

The end result is a light colored, neutral flavored, almost-clear oil. This refining process is often used with many different kinds of oils: safflower oil, soybean oil, coconut oil, grapeseed oil, pure olive oil, extra light olive oil and many more — so sunflower and canola oil are not the only ones!

Sunflower oil and canola oil both have versions that are high oleic, and they are radically different in fat make up than their normal varieties.

These high oleic versions consist primarily of monounsaturated fats, at around 80 percent of the total. Saturated fats and polyunsaturated linoleic acid make up the balance.

High oleic sunflower and canola oils both have higher monounsaturated fat levels than olive oil — and olive oil is known for containing this healthy fat!

This is a good feature to double check, because when it comes to global supply and availability the solvent expelled versions have more oil available around the world and are cheaper.

As much as these oils are similar, they also have some basic differences to be aware of.

Canola oil is oil produced from the canola plant (a cousin of the original plant, rapeseed). These yellow flowered plants contain small black-brown seeds that are used to make the oil. To learn more about the canola plant and it’s history, we suggest reading the following articles:

Sunflower oil is made from a sunflower — yes, a plain old sunflower. That’s the same flower that you put in a vase on your table or the seeds that your old baseball coach used to eat at games. 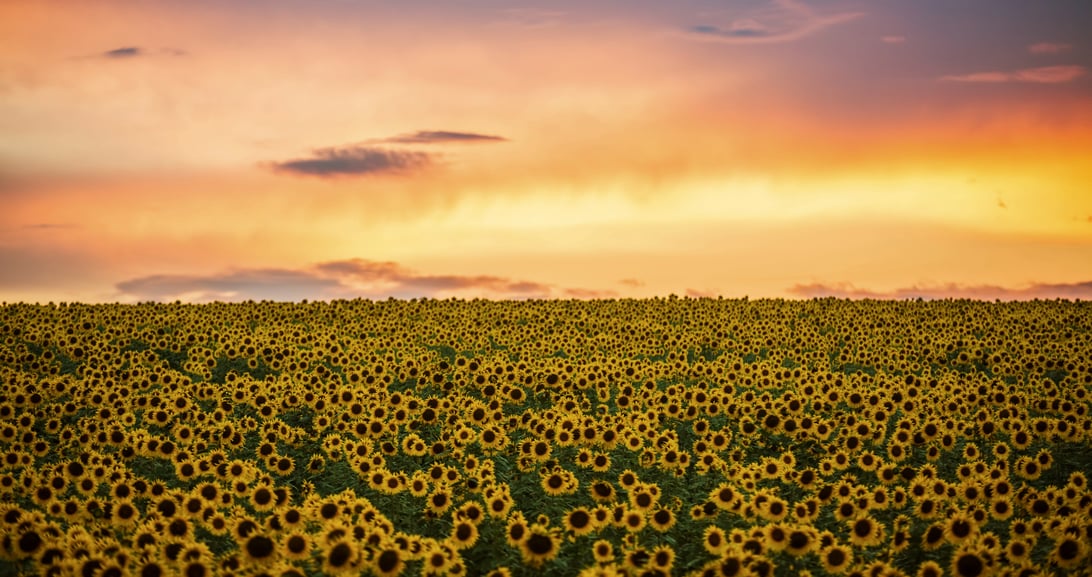 Sunflower oil is naturally non-GMO. This means that there is no genetically modified version of sunflower oil available on the market. This makes it a low risk ingredient if you are getting your product Non-GMO Project Verified.

Canola oil is available in both genetically engineered and non-GMO versions. Canola plants were one of the primary plants to be genetically modified, so about 90% of the canola oil on the market today is the conventional GMO version. However, the popularity of non-GMO canola oil is growing by leaps and bounds, and supply is working to keep up. Those ratios will continue to change over the years.

If you are getting your product Non-GMO Project Verified, know that canola oil is an option but it is a high risk ingredient. You’ll have to source Non-GMO Project Verified Canola Oil, which follows, documents and tests the oil back to the ground level to make sure that there hasn’t been genetic modification (or a chance of cross-contamination) along the way.

How different are these oils nutritionally?  The biggest difference between these two oils is the type of fat that they are made up of.  Each type of oil is made up of a different ratio of monounsaturated, polyunsaturated and saturated fat.  This isn't a straightforward comparison, because each type of oil has different varieties: high oleic, regular, organic, non-gmo, etc.  However, I will compare the two most common types of each in the natural food retail market: High Oleic Sunflower Oil and Canola Oil.

Canola Oil typically contains 50-60% monounsaturated fats, so not quite as high as the high oleic sunflower oil.  Remember as well that regular canola oil is typically made with GMO seeds and solvent expelled unless you buy a canola oil that states non-GMO and/or organic on the label -- while this doesn't play into fat make-up, it does need to be taken into account when you're looking at the overall "health" of an oil.

Safflower and canola are both commonly used oils in the natural food industry. They’re both light in color and flavor, and you’ll find them used in baked goods, snacks,...