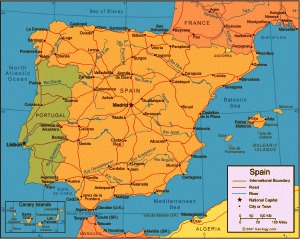 There are two key points to understanding why Spain’s olive harvest affects your own olive oil prices. Taking these points as givens will help you understand the complexities of the international commodity market.

Spain has been known as the global leader in olive oil production for years. In fact, they’ve produced 51% of the world’s olive oil over the last 18 years. Greece and Italy fall in behind Spain, with the harvest’s top production winner varying each year.

Olive oil prices are affected by supply and demand. If less olive oil is produced, prices go up (assuming that global demand remains the same). This is why the harvest levels are so important-- if olive crops are damaged and oil production drops, the prices go up.

These factors continuously affect the olive oil commodity market, and therefore, how much your oil costs. Let’s look at a real world example…

A Real World Example of Supply, Demand and Pricing

In fact, this last real world example happened in 2012 in Spain. Crops were damaged by terrible storms in April and Spain’s olive production dropped by about 50% causing prices to rise.

How do other olive oil producing countries fit into the equation? 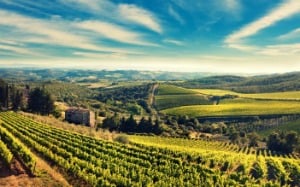 The next logical question many buyers wonder is: if other countries have had great production, can’t we just buy from them? And because their production wasn’t affected like Spain’s was, can’t we buy our oil at the same price as we did before?

The short answer is, yes you can do that. It will help lower your prices some, but not as much as you may hope.

Spain is known as the “global price driver” for olive oil, which means that whatever their market prices are, other countries follow in suite. This is because they produce so much of the worlds olive oil that they have some market control. Let’s look at another real world example...

Let’s assume that both Spain and Tunisia’s olive oil prices are $2.00 /lb. If Spain’s price (half of the worlds olive oil, remember) goes up to $2.50 because of a bad crop season, what can you assume that producers in Tunisia would want to sell their olive oil at? The answer is, Tunisia would sell their olive oil at around $2.45-- why keep their prices at $2.00 per pound when their competition is selling it for so much higher? They increase their prices to keep up with Spain, but keep them just below to still be competitive.

Feeling frustrated with Tunisian producers right now? Let’s look at it on the flip side, and you will understand why they do this.

Let’s assume that Spain had a great year, and Tunisia’s production was down instead. Because of this, Tunisia needs to sell their olive oil at $2.50 per pound to make a profit, similar to what Spain had to do, above. However, Spain is having a banner year, and is now selling their olive oil at $1.50 /lb. With competition lowering their prices, Tunisia will not be able to sell their’s for $2.50 /lb, or even the $2.00 /lb. that they did before! In fact, Spain has so much olive oil available for the world to buy that if Tunisia doesn’t lower their rates to be closer to $1.50, they’ll have a hard time selling anything at all. So in situations like these, many Tunisian producers sell their olive oil far below what their rates would be if they were based only on local production.

How does all these price factors affect you?

As a buyer and a manufacturer, you don’t have control over what the commodity market is doing. But you do have the power to source from multiple countries and/or lock in supply contracts. It’s helpful to understand why prices are what they are to be able to make smart decisions for the future.